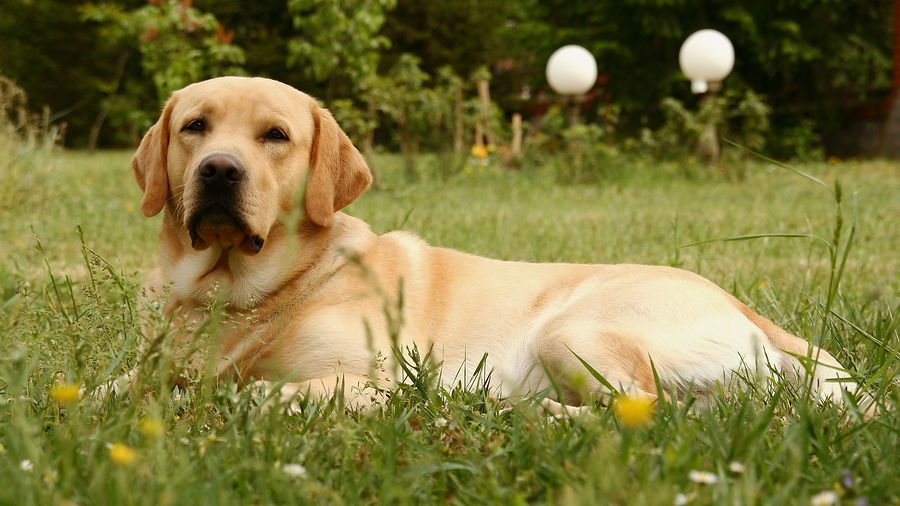 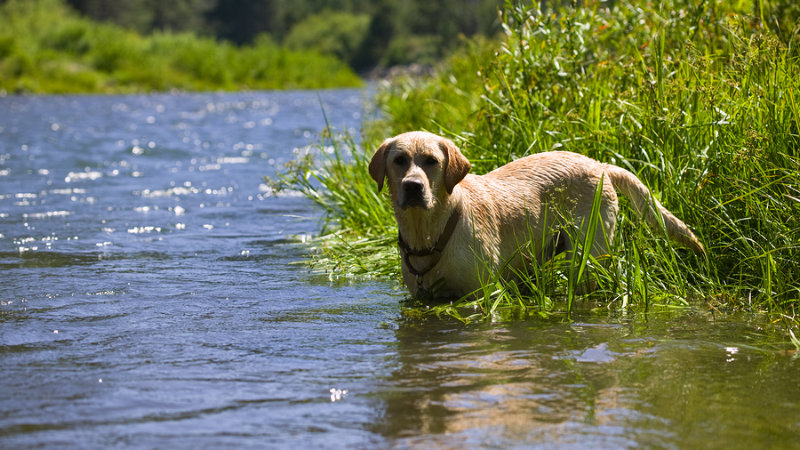 Although one could describe my job as ‘working with dogs’ I believe that the greater part of my job is working with people. Lifestyles and owner attitudes can be so complex and varied – changing human behaviour is no mean feat, not withstanding the fact that not all of my advice may fit their routines. Two weeks ago Mrs Jane Moriarty telephoned me in floods of tears, so much so I could barely understand what she was trying to say I heard something about ‘dog’, ‘ridiculous’ and ‘can’t cope anymore’.

I knew Jane already; I had seen her previous dog for a behaviour problem a few years ago and now her ten month old Labrador was causing her trouble. Through the tears, Jane informed me that her dog was a ‘nightmare’ and that she could not cope for another minute. I made an appointment and off I went to her home for a consultation that I knew would be difficult, but I was encouraged by the fact that they had followed my advice with their previous dog and solved those serious aggression problems successfully.

I arrived at the little terraced house in Central London and was welcomed inside by Jane’s elderly mother, Betty. Betty looked exhausted as she half heartedly smiled and grimaced whilst at the same time raising her eyebrows. Jane was inside holding on to Kai for dear life whilst crying and offering me a seat simultaneously.

Kai was clearly excited to see me as the coffee table complete with coffee, remote controls, magazines and coasters went flying about the room caused by his lashing tail. Jane could hold on no longer and Kai came flying over to see me as Jane fell back on to the sofa. I remained on my feet, but the standard lamp and the telephone went crashing down narrowly avoiding a collision with Betty. I tried to fit in somewhere amongst the commotion.

After this rather unorthodox greeting, calm was restored and Kai settled down a little. Jane and I began to discuss the problems with the occasional input from Betty, who was exasperated with Kai and was quite happy to stay in the kitchen watching the TV for the duration of my visit, fearing that she may get roped in to do anything with the dog – her technique was avoidance.

The problems really were plentiful, aside from being rather boisterous, jumping at people in the street, barking aggressively at other dogs, urinating and defecating all over the house, chewing the post and barking almost constantly Kai was quite sweet and certainly well loved.

Although there was more than one problem, there was nothing that could not be solved and stopped without a good effort. However, the case complexity is not within the dog’s behaviour really, but in Jane and Betty’s circumstances which combine to compound and cause the behaviours to become so serious. Betty is in a wheel chair, is rather frail and completely housebound suffering with Parkinsons disease. Jane has brittle bones and osteoarthritis. They live in a tiny house, cluttered with ornaments and large furniture. The wide screen TV and luxurious reclining sofa’s leave no room for Kai – literally no room.

This is a great big bouncing Labrador in a tiny house.

Despite Jane’s illness, she does love walking; I remember her taking her previous dog for miles and miles through the city and the royal parks. This was not possible with Kai, due partly to his strength versus hers, the fact that he was completely untrained despite Jane attending dog training classes for the past eight months, but Jane explained that the main reason he was not exercised fully was due to Kai suffering with hip dysplasia and arthritis in his hip joints.

I took with me to the consultation three dogs to test Kai with and he was very sweet and gregarious with them all. I took a walk on the wild side with Jane through the local streets and witnessed her being pulled around and struggling to stay on her feet. We then took him to the park to meet with some more dogs and he behaved perfectly with them as I suspected that he would if only he was given the opportunity.

His ‘aggressive’ barking was nothing more than boredom and frustration causing redirected barking. I did feel for the Moriarty’s and especially for Kai. Although he has two doting owners and enough strokes and cuddles to last a lifetime, he was bored to death. His limited exercise had compounded his excitement on the rare occasions that he did go for a walk which in turn made Jane more reluctant to take him out because he was so difficult to manage – a vicious circle causing Kai’s general behaviour to deteriorate week by week.

After taking notes relating to all of the problems from Jane, I was convinced that Kai needed more exercise, more space, more training and much more fun. He was continually mouthing Betty and was well aware that she could not do anything about it despite her array of bitter tasting sprays, alarms, clickers and whistles – he was sourcing his own fun – Betty did not share his view of what fun was – she felt it would be fun if he could entertain himself in the garden for a few hours, but when she found out that involved eating the plants, running around with plant pots and digging through to the neighbours garden and terrorising their rabbit, she had to think again.

Kai was a lovely natured dog, who through his behaviour was being constantly shouted at, manhandled and confused and unwittingly rewarded for unwanted behaviour.

Jane and Betty asked for my advice in the selection of another dog when their last dog passed away at the age of nineteen. I suggested a smaller companion or a retired greyhound – I was ignored as were the many other people that advised against a Labrador or a Doberman that were there first choices of dog breed – patently my advice did not fit with their ideas.

This really was a tricky situation; the garden had been closed off to a tiny concrete area due to Kai’s penchant for pot plants and the house barely had enough room for him to turn around. He was bored, ill and Jane simply could not manage him. I felt that Kai would do better in another home, with a garden, with Children and with some fun, but that was out of the question, these two ladies dote on the dog unbelievably and would not entertain the thought of re-homing him despite his troublesome behaviour.

I went about proffering my advice which involved moving the TV for a start, allowing him access to the garden fully as well as some behavioural techniques and dog training.

I imparted the rest of my behavioural advice to address all of the problems and left, still saddened at this dog’s quality of life. I returned two days later for an obedience training lesson with Jane to enable her to control him to greater effect and to stop him barking at other dogs in the street. Jane did very well and I felt more hopeful after her handling skills improved.

I had a long conversation with Kai’s vet and he informed me that Jane had already been given the go-ahead to increase Kai’s exercise gradually to that of a normal Labrador – I assume therefore that she didn’t simply because he was so difficult to manage – people often tell you what they want you to hear.

Subsequently, my report was sent to Jane and Betty and I informed them that I would call back a week later to check on how they were doing and that was this Friday.

I entered the house and Kai was excited to see me. The furniture, ornaments and Betty remained in the correct position and the coffee remained on the coffee table rather than on the carpet. A big improvement – the house smelt a little sweeter too; there had been no ‘accidents’ indoors since my first visit.

We set off along London’s busy Streets on our way to Hyde Park. Kai did not jump at anybody (not even the man with the Chicken Burger!) or any other dogs. Once we were in the park, Kai was allowed off lead for about the eighth time in his life whilst we went about recall training. He came back each time he was called, played with all of the other dogs, Jumped in the lake for a swim and was exceptionally obedient. A completely different dog to the dog I had seen a week earlier.

All of his problematic behaviour has completely changed although more work is needed and Jane could get on with enjoying her dog and her daily walks once more.

The turnaround in Kai was remarkable in such a short time, but the turnaround in the Jane’s attitude and behaviour was far more astounding. I hope that I convey work in dog behaviour as it is; the real world, imperfect locations and situations with people behaving in their eccentric ways. Influencing them is critical to success.