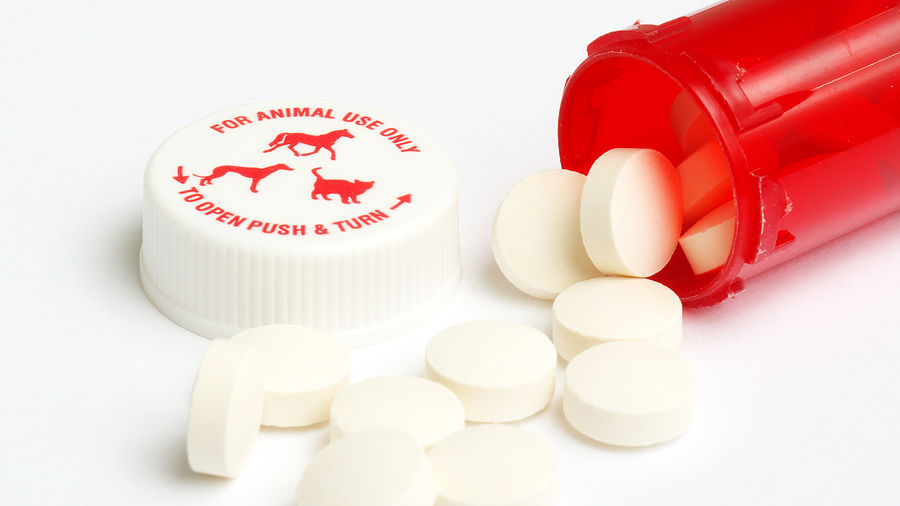 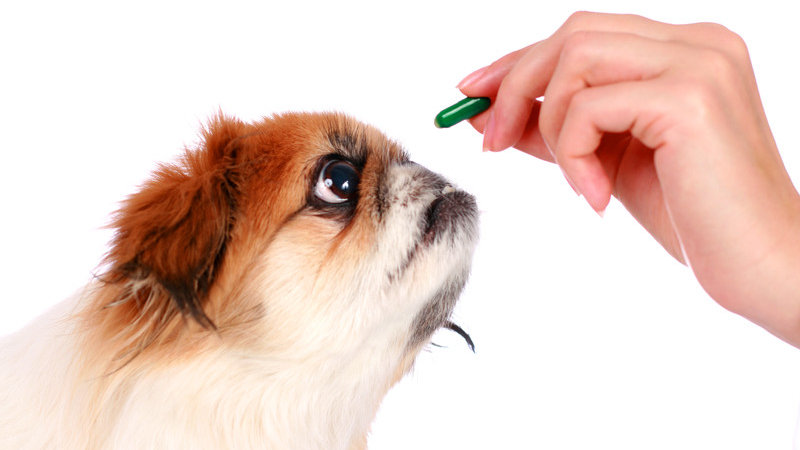 The worrying trend of the prescription of mind altering drugs to our pets in the name of behaviour reformation is of huge concern to many dog trainers, behaviour practitioners and pet owners – and so it should be. Psychotropic drugs in the world of canine behaviour is a relatively new area that seems to be on the increase. I see many clients who have been told to give their dog a pill to solve problem behaviour.

A fine example is Mrs Wendy Naylor. She telephoned the Canine and Feline Behaviour Centre in a frantic manner and in relation to her West Highland White Terrier, Fisk.

Wendy began the conversation with a little panic in her voice and some distrust and confusion was also evident in her tone. By her description, Fisk was executing all sorts of noisy and aggressive behaviour and life now, according to Wendy, was a nightmare completely dominated by the dogs barking which had led to neighbour complaints and a recent letter from environmental health. She informed me that she had already been to a behaviour counsellor and now Fisk was worse than ever.

Wendy had been to see a veterinary behaviourist (a trained veterinary surgeon now consulting in dog behaviour) in August 2002 and this man had prescribed her dog ‘Selgian’ (a mind altering drug that is used to treat cognitive dysfunction and senility in older animals and Cushing’s disease as well as in ‘behaviour modification’). Fisk had been on this drug for nine months and there had been no behavioural changes in the positive throughout that time. Wendy was unable to obtain contact with her ‘counsellor’ (who was conveniently unavailable) and was very fretful about whether she should take Fisk off of the drug or not after this length of time (her from this counsellor report stated that he should be on it for four months). When she did manage to contact this man, he said that the dog could stay on it permanently if required – which conflicted with his initial advice.

In dogs Selgian (selegiline hydrochloride) is often used for the “treatment” of separation anxiety, aggression and for elderly dogs who bark at night. The drug can often have a so called paradoxical effect such as increased aggression and increased fear etc. Wendy was not informed of these ill-effects thereby denying her an informed choice.

I spoke at length to Wendy on the telephone that day in order to gain her trust so that she would bring Fisk to the centre for a consultation. She felt rather let down by her canine behaviour counsellor and did not know where to turn or who to believe and so I had to talk her through some of our methods and discuss all of her concerns in order that she come to us and thankfully she booked a consultation the following day.

Immediately and in consultation with her own Veterinarian we stopped Fisk taking this mind altering drug for the reasons stated above.

As a member of the Canine and Feline Behaviour Association of Great Britain (CFBA) we do not use nor condone mind altering drugs for behaviour training. I and the other members work full time with severe canine behaviour problems and we use knowledge of canine psychology, dog training and skill to alter behaviour – not drugs.

The following day, Wendy arrived at the centre, she was noticeably nervous and little Fisk was very excited by the day out and very, very noisy. Wendy was exasperated by her drive to the centre where Fisk had barked constantly. Wendy brought with her a copy of the report from her previous counsellor. This was a two page sheet with little useful information on, but simply told her to clicker train the dog for quiet behaviour and recall and said that Selgian was very safe.

Interestingly Wendy had been using cheese to clicker train Fisk, but apparently, a side effect of the drug that she was not informed about that in combination with aged cheese, Selgian can cause severe high blood pressure or death.

Another point worth mentioning is the patient information sheet on Selgian clearly states ‘Do not use this medication for the treatment of aggression’ and so it seems bizarre that this was recommended in the same report commenting on Fisk’s aggressive behaviour with other dogs. The other side effects of the drug worth noting are: loss of appetite, drooling, vomiting, lethargy, restlessness, repetitive behaviours, loss of hearing, blurred vision, itching and shaking – Wendy was made aware of none of these possible side-effects by her counsellor nor was there any test conducted on the dog to check his suitability to take it (it should not be prescribed to dogs with kidney problems).

I spent nearly four hours in consultation with Wendy (twice the usual consult time) conducting temperament tests with trained centre dogs – Wendy was extremely nervous initially fearing that her dog would attack one of ours, but within twenty minutes Fisk was playing in the grounds with a German Shepherd, much to Wendy’s initial surprise and enjoyment. Wendy was pleased that Fisk was not the aggressive little terrier that she feared he was.

He has a mild fear of dogs, but this could simply be due to the fact that Wendy has been avoiding all contact with other dogs for the past few months. She was also pleased to be present with professional dog handlers and trained dogs for the tests and put her trust in us to control the situation.

I then sat with Wendy over a coffee and went through many of the areas in which Fisk was a problem and countered her dogs’ problems with my practical advice. We went through some retraining techniques which Fisk and Wendy enjoyed and by this time Wendy was much more relaxed.

Because Wendy was very upset by her treatment at the hands of the veterinary behaviourist I decided to give her extra time free of charge to clarify in detail all of Fisk’s problems and to verbally explain the course of action from here on in. This was then followed up with a report of 35 pages detailing our discussions and programmes for Wendy to follow through with Fisk.

Another piece of bizarre advice that Wendy was given was to cover her windows with greaseproof paper so that Fisk could not see out hence he would not bark. She was very relieved when I informed her that this could be removed after nine months already spent with it blocking her views.

Wendy left the centre feeling much happier and with a clearer understanding of the problems. She telephoned me when she got home and informed me that Fisk had been silent all the way home in the car which she simply could not believe. She reported further good results within a few days and also attended an eight week dog training course with me commencing ten days later.

Wendy was nervous of large dogs and this was compounding Fisk’s reaction. I chose carefully the course for her to join bearing in mind her fear and Fisk’s reaction to other dogs. Lesson one, Fisk was a little fearful, but by week two he had come out of his shell and thoroughly enjoyed the training sessions. Wendy found the course a little stressful due to the presence of some large breed dogs, but she coped well and needed frequent encouragement and reassurance that all was well and that she was doing great.

On completion of the course, Fisk was a very obedient, gregarious and quiet little chap. Wendy informed me that he was now becoming a real part of her family and that her stressful home life was a memory.

Eighteen months after the completion of the training course I spoke to Wendy to assess her progress. Wendy reported that Fisk’s anxiety behaviours had gone – he appears to actually enjoy her leaving the house now. His barking at people and dogs has stopped and he enjoys his daily romps in the park with other dogs. He barks at the front door bell when guests arrive still and on occasion has a sneaky bite at the ironing board. Overall Fisk is a happy little family companion and Wendy is much more relaxed with him. Most importantly there have been no neighbour complaints since our consultation and moreover Fisk is a drug free zone!

Fisk of course, is just one example of this misuse of drugs. Psychotropic drugs used in humans is a growing concern for many, but people can make choices, explain how they feel and stop taking the drug if they experience nasty side effects – our poor canine chums can not. As dog owners who take these remarkable animals into our home and our hearts, it is up to us to control what happens to our dogs and to keep them safe and in good mental and physical health. The drug pushers are in the minority and I would urge people seeking canine behaviour practitioners and trainers should ensure that they are not prescribed these psychotropic drugs – find a practitioner or trainer with experience and skill to help. The majority of Fisk’s many behaviour problems were compounded by not tackling them as each appeared, but left to become worse. Simply because Wendy followed the advice of a man who clearly new little about training or behaviour, but used his veterinary credentials to sell his newly acquired occupation.

I went to see Ross when I was feeling quite desperate about Fisk’s behaviour and whether I would be able to keep him. I was amazed at the difference in his behaviour after one session. I also discovered that the root of the problem was something quite different to what I had thought. I learnt a lot from the training course and I wish I had seen Ross earlier.