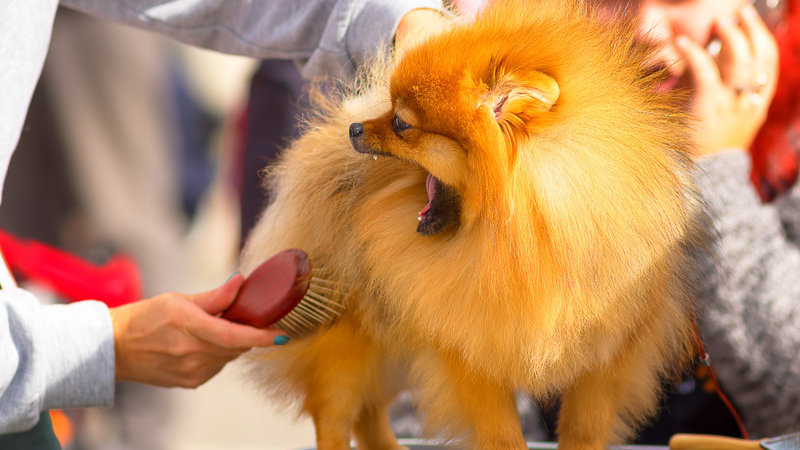 Well, at the moment that is the subject on the lips of many people. Over the past few weeks, I have been on the Radio discussing fatal dog attacks – as have many other dog specialists, MP’s, lawyers , concerned and interested parties.

Since the Dangerous Dogs Act (1991) came in to force after devastating dog attacks and subsequently failed to bring about the safety that this kneejerk legislation was supposed to…everyone has been wondering why and what on earth can we do about dog bites, attacks and dog related fatalities.

I remember in the early 90’s the adverts in the press giving the date for the deadline to register your dogs – the horror it caused – there was only one imported Tosa, which was quickly banned and exported, no fila Barasilliero that I am aware of and I’d never seen a Dogo Argentino in Britain, so really – it was the Pit Bull (American Pit Bull Terrier / APBT) owner who was forced to neuter and register their dogs and keep them muzzled and on a lead in any public place. Of course, that is what responsible owners of the beautiful APBT did. Those dogs, regardless of temperament had their freedom curtailed in the name of the law and public safety.

Well, of course Pit Bull Terriers are a memory of the past, oh, no wait a moment – they are one of the most popular ‘types’ of dog that I see all over London.

I have often been fearful, as someone who owns Rottweilers and German Shepherd Dogs (both breeds often reported as responsible for numerous human fatalities) that more breeds will be added to the list. I’m not concerned any longer, as we know and we can see – this legislation has failed, on an epic scale.

Not only is the Pit Bull Type more prolific than ever, but the public perception of that breed and dogs in general is more negative than ever before. It is a mess.

So, what on earth makes ‘man’s best friend’ become a killer? I can answer the question with ease – we do. We, people, dog owners, we do that.

In order to understand the present, we have to look at the past and see where we have come from. Are dog bites and attacks new? Are dog related fatalities a new phenomenon in our fast paced, hectic society?

So, at the very beginning is the best place to start when looking at why dog attacks occur:

The domestic dog (Canis Lupus Familiaris) is a subspecies of the grey wolf and in 1993, as a result of molecular evolutionary research, the taxonomy was altered to include the word lupus to pay homage to the wolf heritage. The dog was domesticated approximately 120,000 to 130,000 years ago. The dog has the most extensive genetic diversity and morphological variation within a species; hence only an approximation on domestication.

Initially selective breeding would have been for tameness; nothing more, nothing less. Type of dog were formed after selectively breeding for certain attributes – namely the environment and function, not form.

Looking back at the past, in Roman times people not only put their mastiffs up against each other, but bulls and elephants, and also Colosseums against gladiators.

Bull baiting, along with organised dog fighting, was banned in the UK in 1835 under the Humane Act and, as one may be able to predict, when dog fighting was banned, the fighting enthusiasts took the sport underground and into a small pit…

During the 1800 and 1900s just as many dog attacks by Newfoundlands, Bloodhounds and mixed breed dogs were reported as there were of mastiff and bull ‘type’ dogs.

It would appear that for as long as man has had dogs living alongside him, dogs have bitten and attacked man…

Just in the same way that cats have always scratched and bitten, horses have always bucked and kicked. Funnily enough, if someone gets kicked by a horse, we just think the person is silly for standing behind a horse, but if someone is bitten by a dog, our views are quite different.

Dogs are dogs – and we often forget that.

They are not fur babies, kids or anything else – they are dogs – a social predator with which we share our homes. If we remembered that a little more often, perhaps things would be different. They do not share our views or morals or follow our laws. They have their own and we have to understand those and work within them.

If we all spent a little more time learning how dogs tick, we could all stay much safer.

Fatal dog attacks are seemingly increasingly common in the UK, but why?

There are numerous commonalities in dog attacks and fatal dog attacks, all of which are well documented in many other articles and journals. Factors include the victims relationship with the dog, the history (training / age obtained) of the dog, the exercise, stimulation and lifestyle of the dog as well as the breed.

In the media, we see the Bull breeds, Rottweilers, Akita most often and this is due to not only the breed predisposition, but also the sheer size and power of the dogs. One thing you can be sure of is what we see in the media is simply the tip of an iceberg with other incidents, attacks and bites remaining unreported. This may be due to the size of dog and injuries that they can cause – an attack by a cocker spaniel is likely to be far less damaging than an attack by an Akita.

Legislation appears not to have worked in preventing these attacks and so in my view education is the key.

It is all too easy to buy a puppy or obtain an adult dog with little knowledge about dogs, the breed you are choosing or the amount of time and effort it takes to rear, train and provide suitable mental and physical stimulation for the breed and type of dog.

Whilst there are not ‘aggressive breeds’ per-se, some dog breeds (based on the history of that dog) that are more predisposed to aggression than others, more confident by nature (or conversely more fearful) and less tolerant. Some dogs react to pain or fear by trying to flee, some tackle it with aggression to keep themselves safe.

It is rare that friendly, social and well trained dogs ‘turn’. In fact, healthy dogs do not ‘turn’ – they may however be triggered into an action by the stimulation of their intrinsic drives – Ie the drive to chase prey et al. This is hardwired in to the dogs – some more so than others.

Looking at media reports, in all cases of dog attacks – there are comments by neighbours and friends of the victims exclaiming that the dogs were always aggressive and that it was an accident waiting to happen.

What we are going to have to do in the UK to start preventing dog attacks is educating the public in regard to dogs – canine professionals working together for a common goal. Dogs need to be understood; treated as dogs, trained, exercised, fed appropriately and looked after as dogs. We also need to educate parents and children to ensure that they all know and understand the species, what makes them function and how we can respect the rules that they live by and honour those, instead of trying to make them fit into our way of living.

We are all responsible for educating people, educating ourselves and ensuring that dogs and people are able to share happy, safe and understood lives.